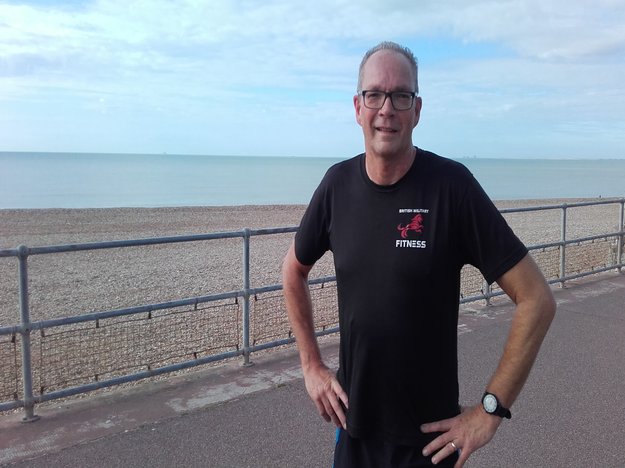 I think it was the very large fish and chips the night before that did it for me!

Run 4/week 6 of the marathon training programme and I am feeling tired and heavy,  half an hour into the two hour run. No wonder – given my bad dinner choice the night before, but I was at the seaside and that’s what you eat, right?

Turn the clock back a week and it had all been going so well. I wouldn’t say that I’m actually enjoying the programme,  but I was finding my stride and it’s amazing what some pretty scenery can do to help the time go by. I have found the best way of doing this is to run in as many different locations in Bedfordshire, Buckinghamshire and Northamptonshire as possible. There are beautiful parks and public spaces in all of these and some of the highlights have included Harrold Park, just north of Bedford and Stanwick Lakes near Rushden.

Then midweek and the rains came, followed by hailstones and then the force ten gales and I was beginning to imagine that New York in November could actually be like this. Lucky it’s summer now (ha-ha) but the autumn will be hard.

Another great tip I have discovered is to try to get out early in the morning to complete your run. That way, it’s done and doesn’t hang over you all day. This way I don’t hate Jules quite so much all day,  but as she keeps reminding me – it was my decision to run a marathon!

Earlier on in the programme, we both went to see those fine folk at No Limitz where we had our gait and running technique analysed on video.  I was diagnosed as having overpronation which means that I tend to run with my heels facing in and so the shoes I chose adjust this to make my running style more balanced. All clever stuff and I have definitely seen the benefit over the weeks.

So as we leave week 6 behind, my longest run has been 8 miles. Just 18.2 short of the distance I will need to go in November! Wish me luck!

If you’d like to run a marathon and need extra guidance, why not train with Jules and Fitbiznow? She offers personal training in Buckinghamshire, Bedfordshire and Northamptonshire – call 01234 964047 to book a session.